With our Zendesk integration, tickets can automatically be created in Zendesk from incoming messages to your Sonar number. No additional logins or upgrades to your Zendesk plan. All of your messages and chats will be mirrored in Zendesk as well as Sonar.

To get started, you will need a Sonar account created.

You will then need to go to Zendesk's App Marketplace and install the Sonar app into your Zendesk account.

Once the Sonar app is installed into your Zendesk account, navigate to Channel Integrations within Zendesk (left side bar under the Channels section).

When you are on the Channel Integrations page, click on the Sonar app. You should now be able to view details about the app, as depicted in the screenshot below.

After entering your email address and your Sonar token, click Save Zendesk Integration. Your Sonar account is now linked to Zendesk. All messages from here on out that come into your Sonar account will also show up in Zendesk. Agents can reply in Zendesk or Sonar and an SMS will be sent to the customer. Our integration supports live updating, meaning that conversations are mirrored in Zendesk and Sonar.

SMS messages from your customers will become Zendesk Support tickets. If you decide to reply to a customer from within Sonar, the conversation will be updated within Zendesk too. 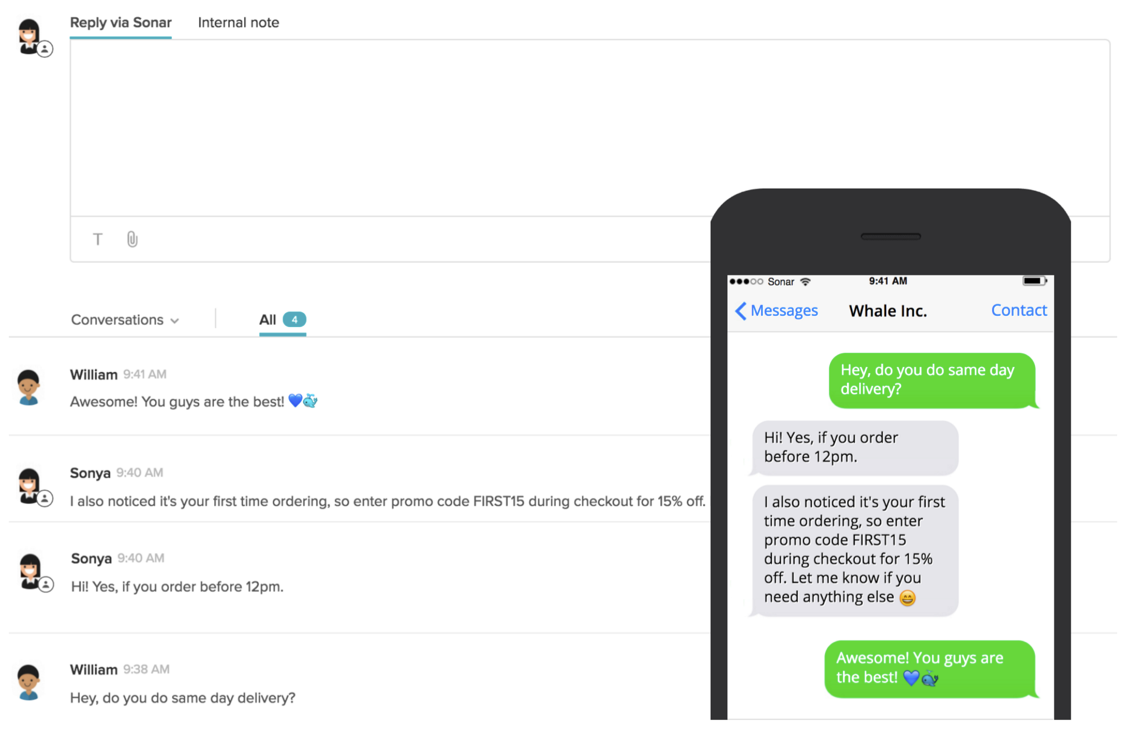 When replying to a ticket within Zendesk, an SMS will be sent to your customer. You are also able to use any of Zendesk’s power features such as macros and triggers for SMS.

To uninstall the Sonar app, you'll need to remove the app from your Zendesk account. Previous messages will still be available in your Sonar account.