If you're in logged into Sonar, please refresh your page to see the below updates and fixes.

We just released our Zapier integration which allows you to connect Sonar with over 600 different apps, including Zendesk, Intercom, SalesforceIQ, Zoho CRM, Batchbook, and may more, so you can automate your own custom workflow between them.

With the Sonar SMS Zapier integration, you can:

If you don't already have a Zapier account, you'll need to create one. Once logged into your Zapier account, just click on "Make A Zap!" button and search for the "Sonar SMS" app. More info can be found in our Zapier integration. 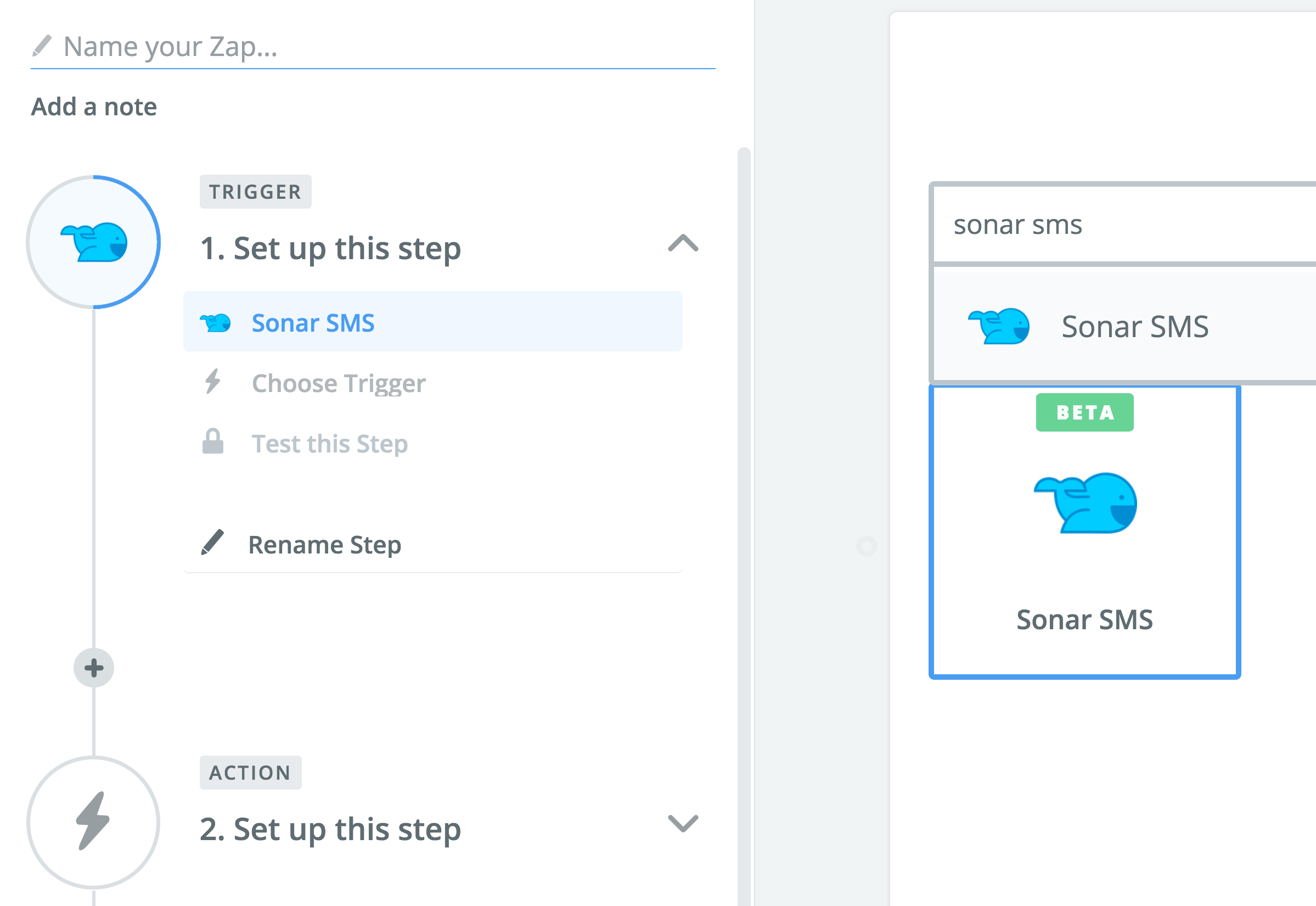 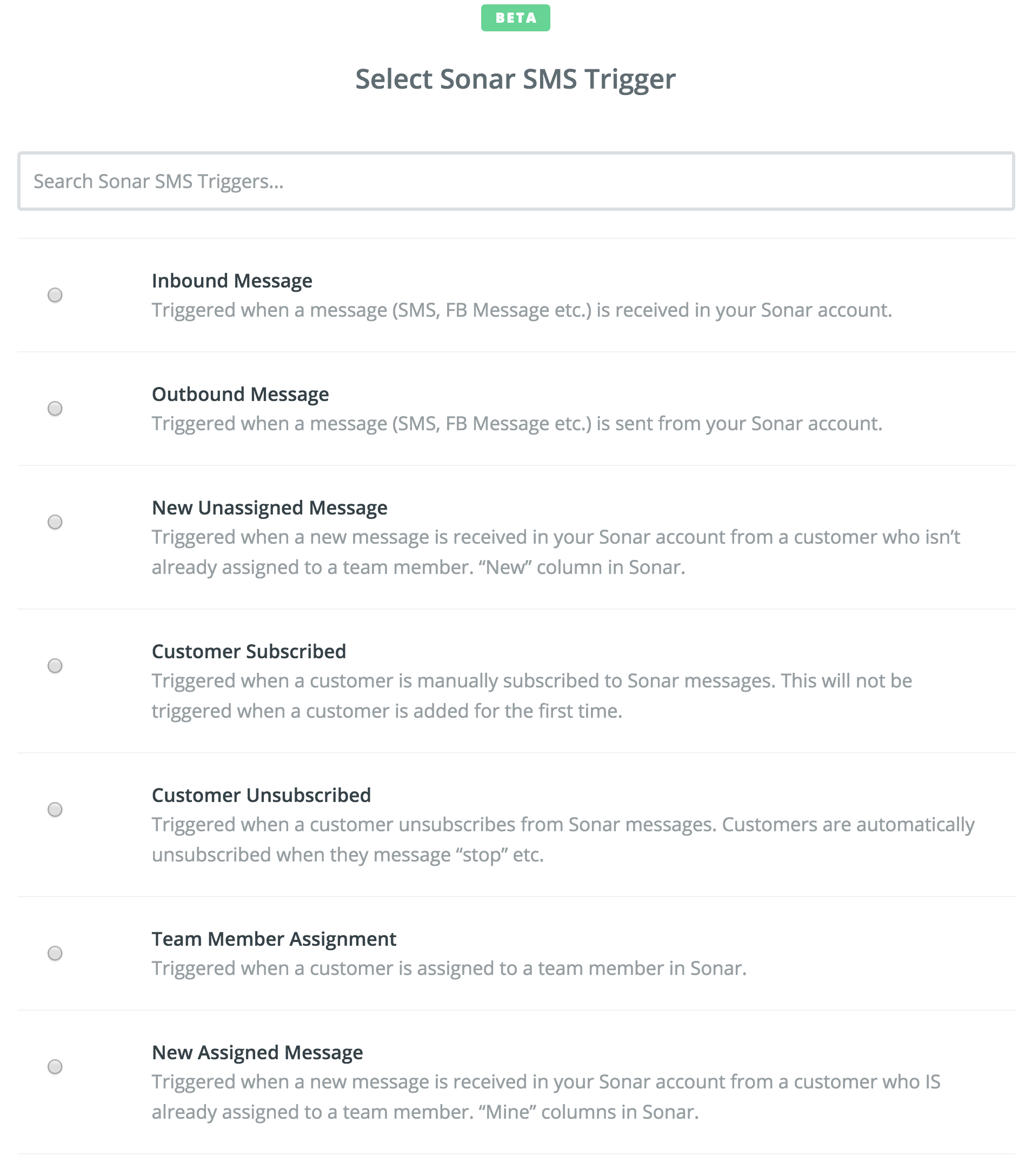 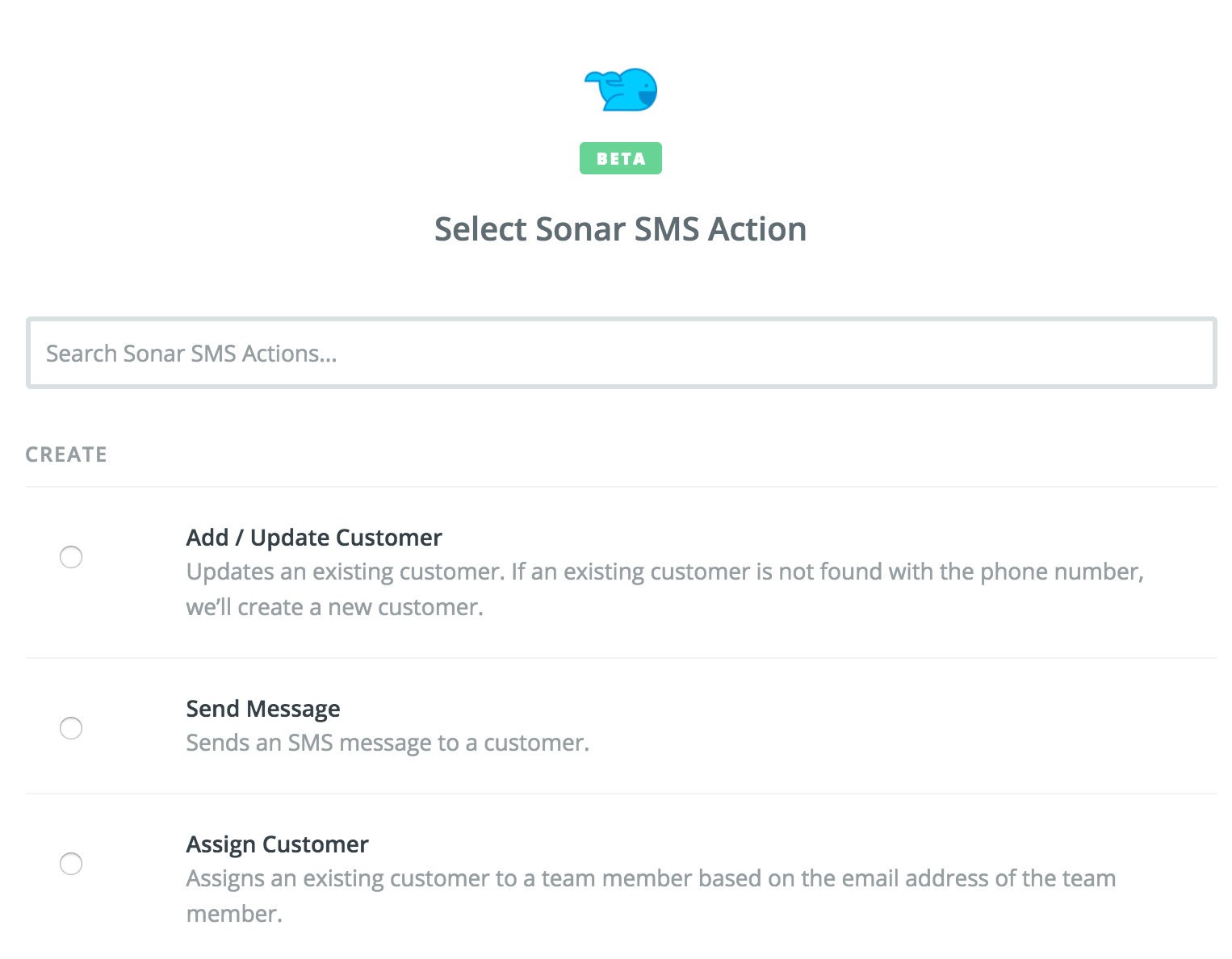